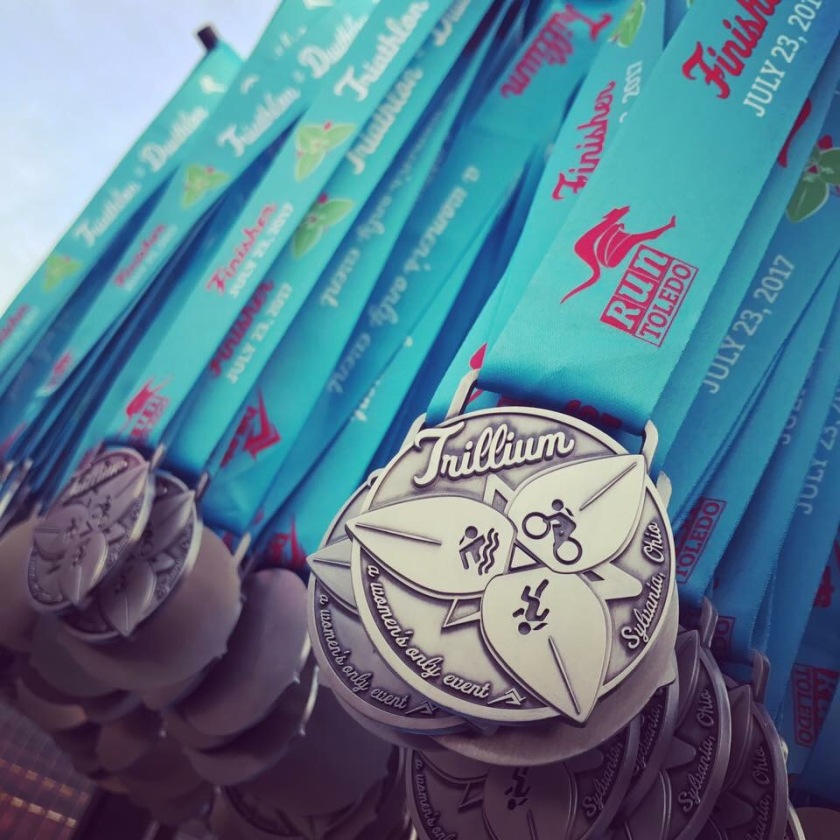 Because this was a “Woman’s Only” event, I could not compete! Duh! But because I suffer from FOMO (Fear Of Missing Out), I decided to volunteer for the day and I’m so glad I did.  After many years of the Woman’s Only event being run by Elite Endeavors, Run Toledo and Dave’s Running took it over and renamed it the Trillium – A Woman’s Only Event. This is a Triathlon and Duathlon.

Besides the Medals, those that placed in their the Age Bracket received a “Charm” from Jeffrey Mann Fine Jewelers. 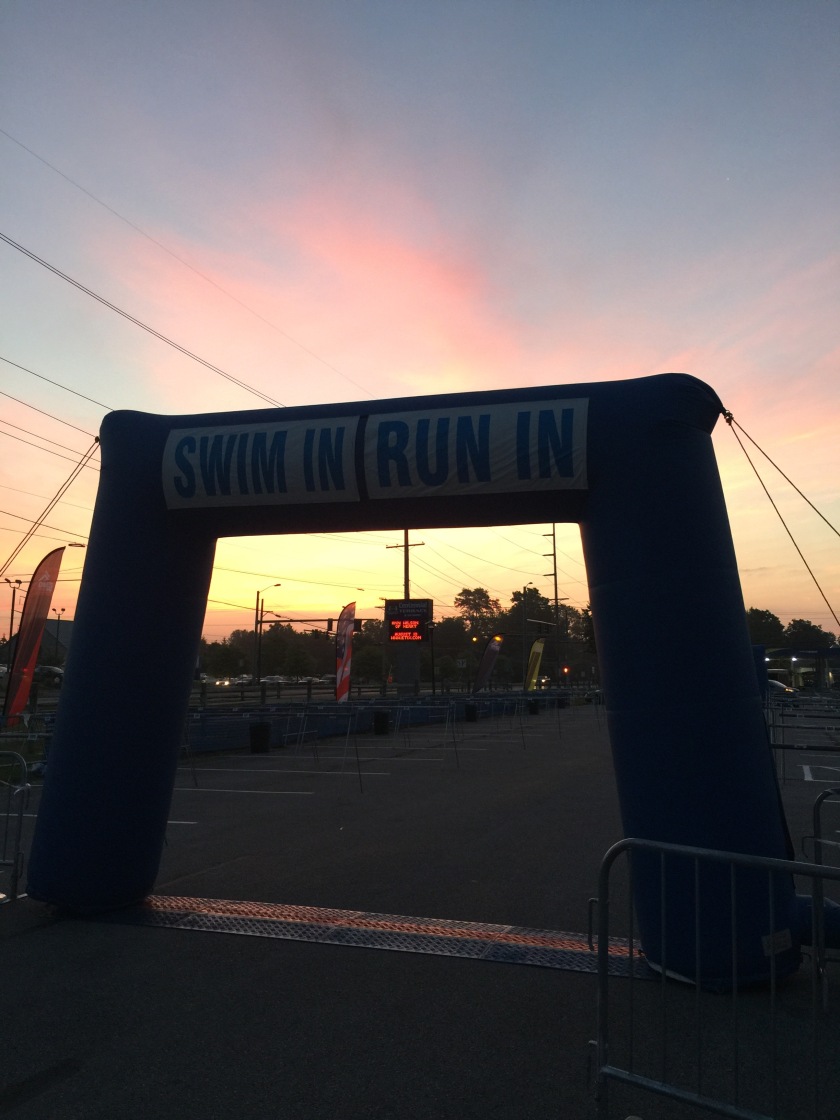 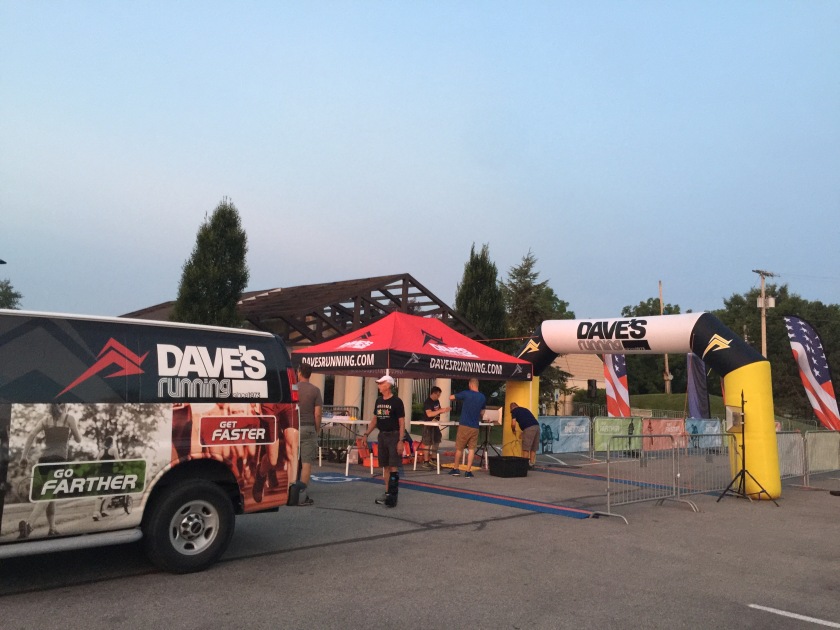 By daybreak we had the Transition and Timing and Scoring set up and ready to go. 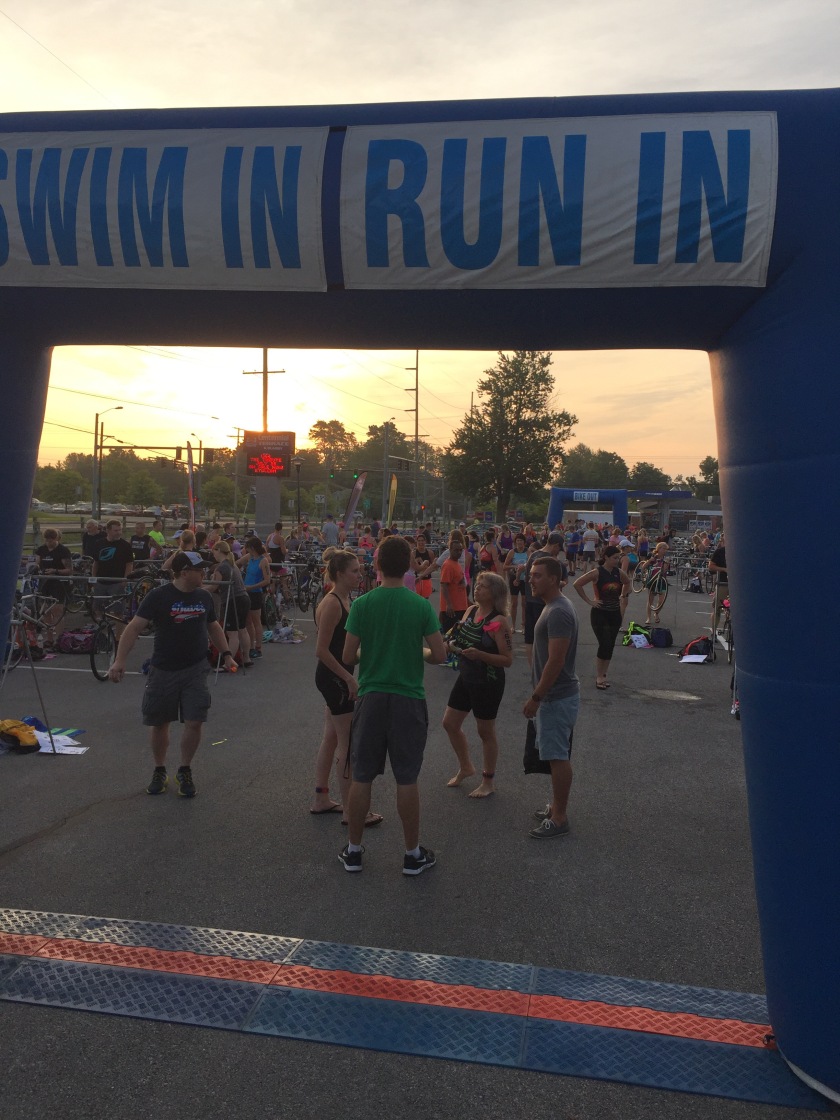 I had the opportunity to pass along some of the tips and tricks I’ve learned by completing in 5 Duathlon’s, to pair of very special friends (Ragnar Teammates)!  This was their first Duathlon and they did great! 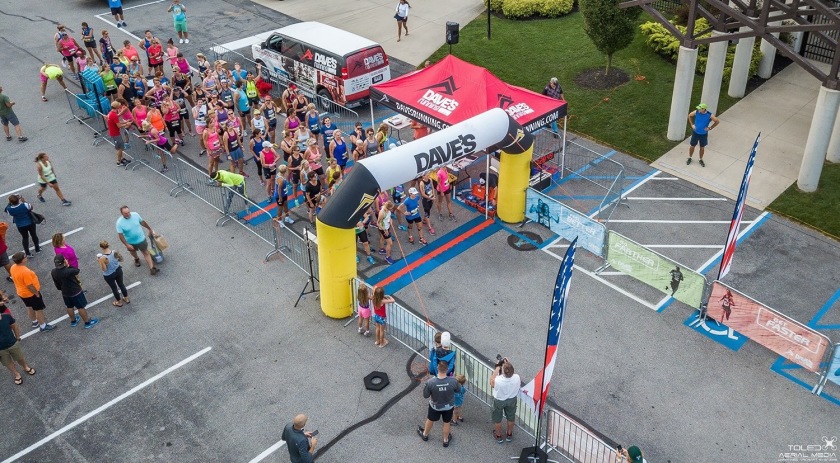 Drone View of the start of the Duathlon supplied by Toledo Aerial Media. 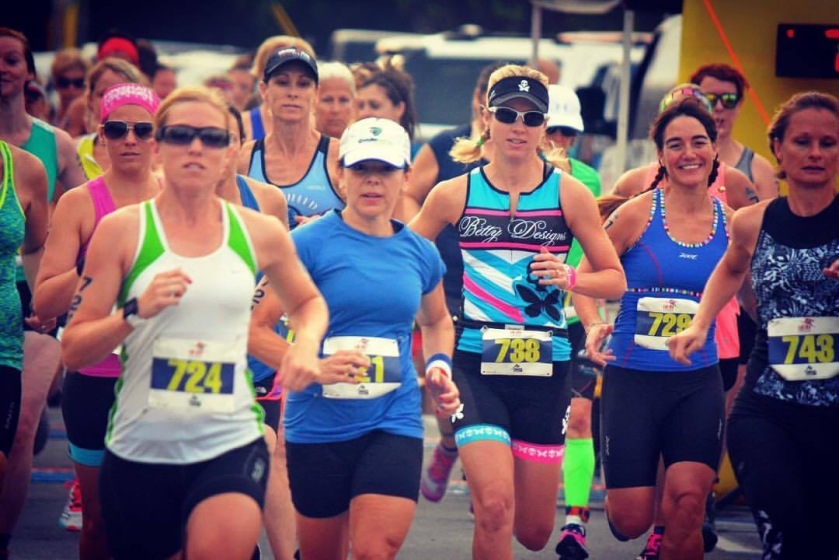 Duathlon Start.
The Duathlon Start. Over 80 runners hitting the trails of Pace Setter Park soon to be followed by over another 150 once they finished their swim. 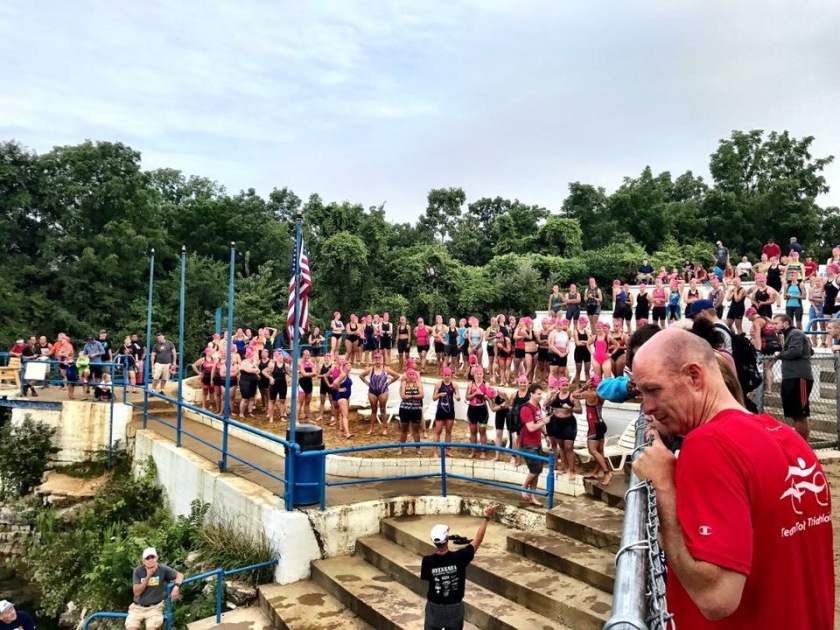 Staging for the Triathalon Swim.
At this event, they use a “time trial” start to the swim, which means that they start one-person at a time.  Once a swimmer crosses the timing mat, their time starts and continues until they cross the finish line of the run. 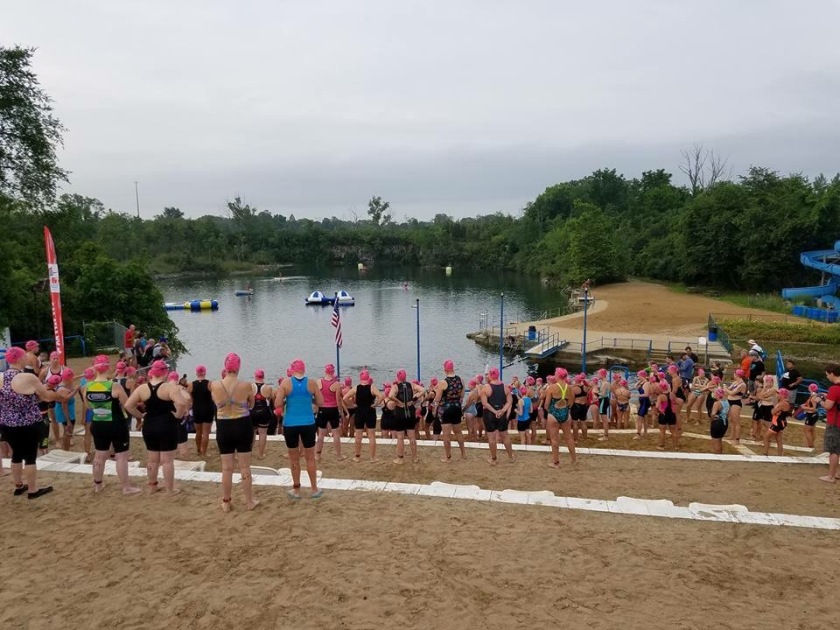 A view of the Centennial Terrace, site of the Tri Swim.

What’s better then getting a Red Carnation from the Race Director? Getting your medal from a Shark! Appropriate for Shark Week! Don’t ya think? 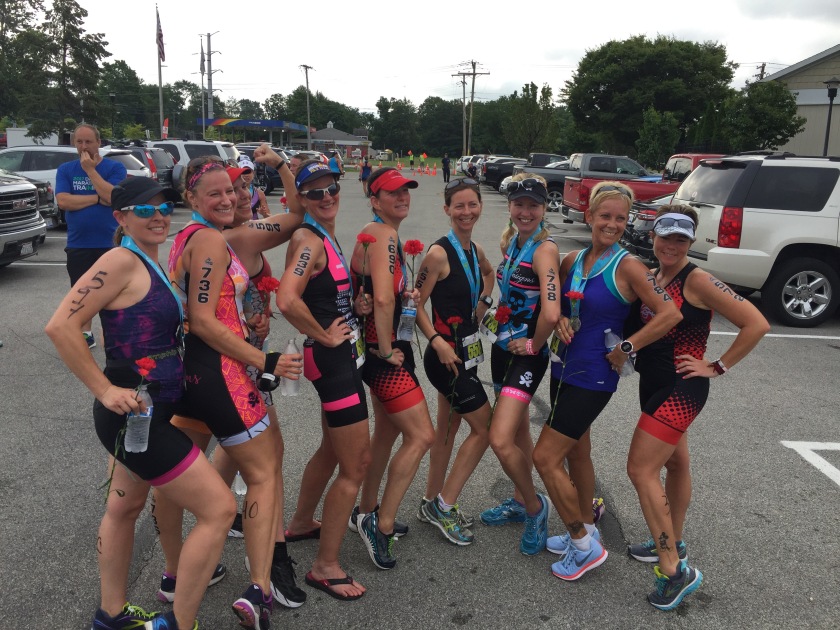 Some of the many finishers! What an amazing group of competitors.  I rode in the MS Bike to the Bay with many of them.

We love the support we receive from the Sylvania Police Department, especially when they are married to one of our racers!

Victorious in their first Duathlon!  So proud of their accomplishment.  Not only did they complete their first DU, they were both very competitive! Top 1/3rd of the field!  Woot Woot!

From the comments I heard from past competitors, it sounds like Run Toledo and Dave’s is on the right track with this event!  Over 230 Women regristered, which is up considerably over last year and as a mater of fact, it’s the largest since 2014.  Expect more great things to come from this event in the future.

While I really missed competing, It was very exciting to be part of such an amazing event and I look forward to doing it again next year!

Oh Yea!  Big News!  HUGE News! I found out that I was chosen to be part of the inaugural Run Toledo Ambassadors Program!  Look for a post all about that soon.

Until next time …Happy Running!

Have to you ever competed in a TRI or DU?

Have you ever received your medal from a Shark?

Do you ever volunteer to help run events?  If so. what jobs do you like to do?

Follow my blog if you find the content appealing! Would love to have you along for the ride! 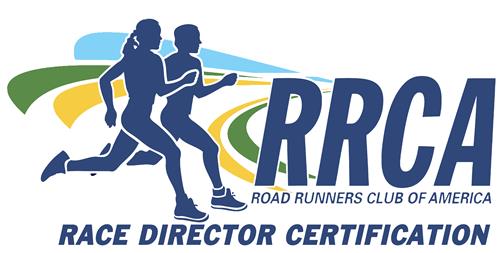 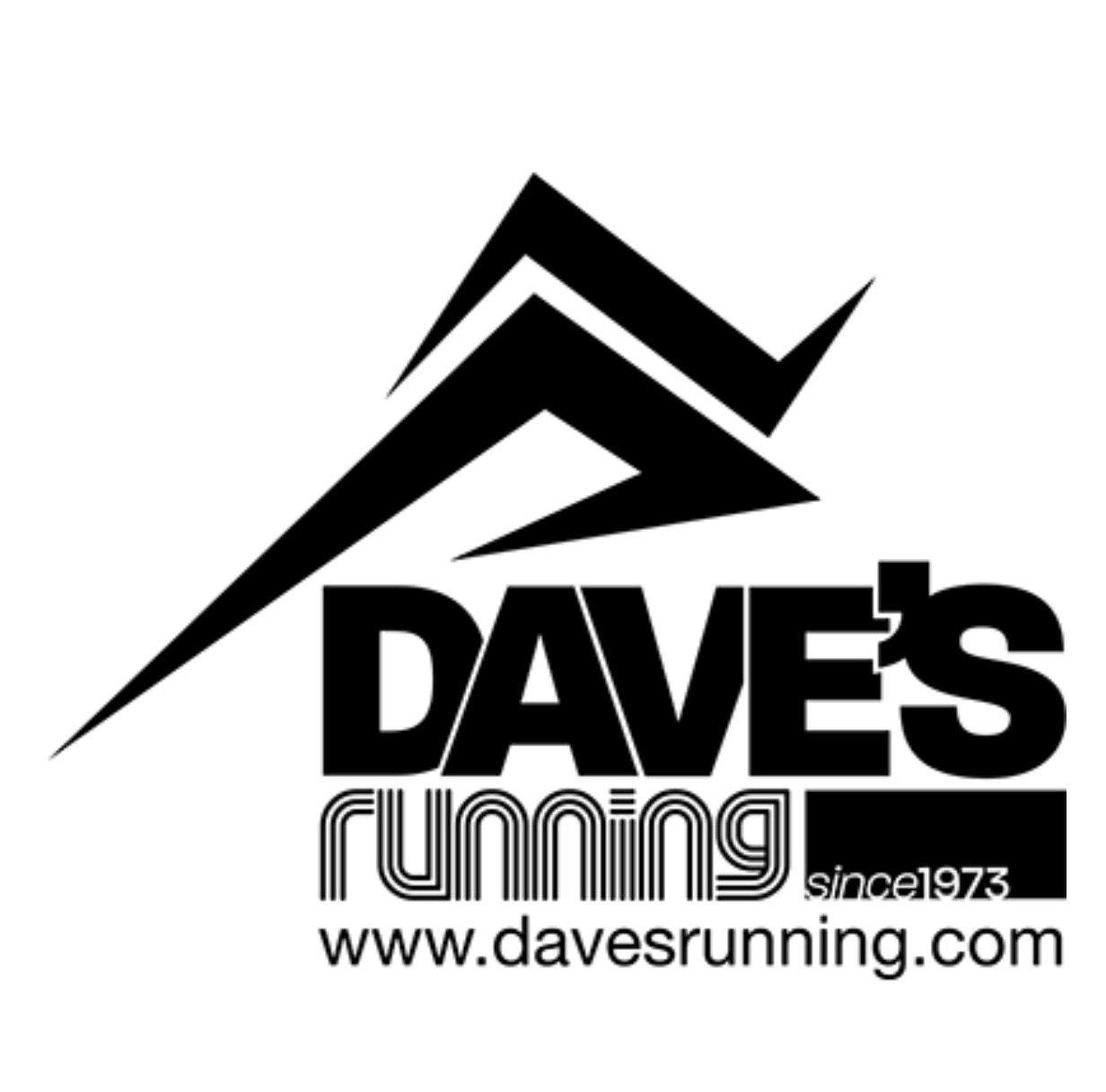 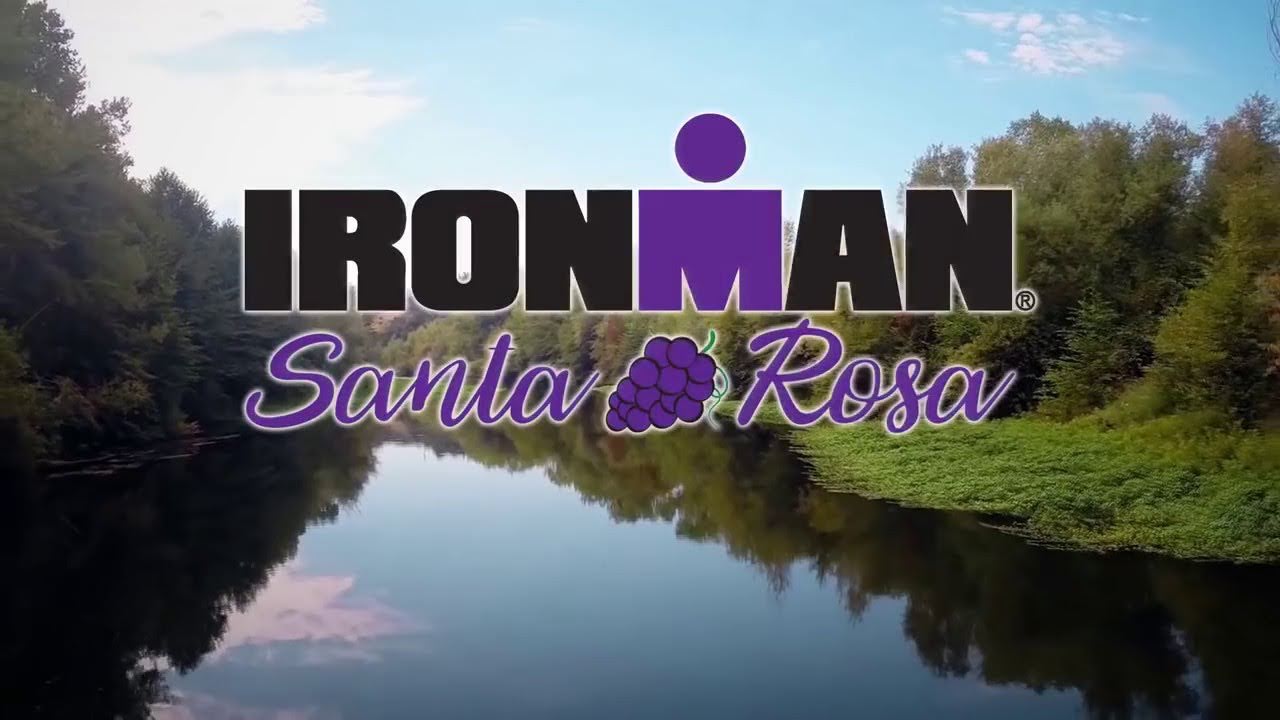 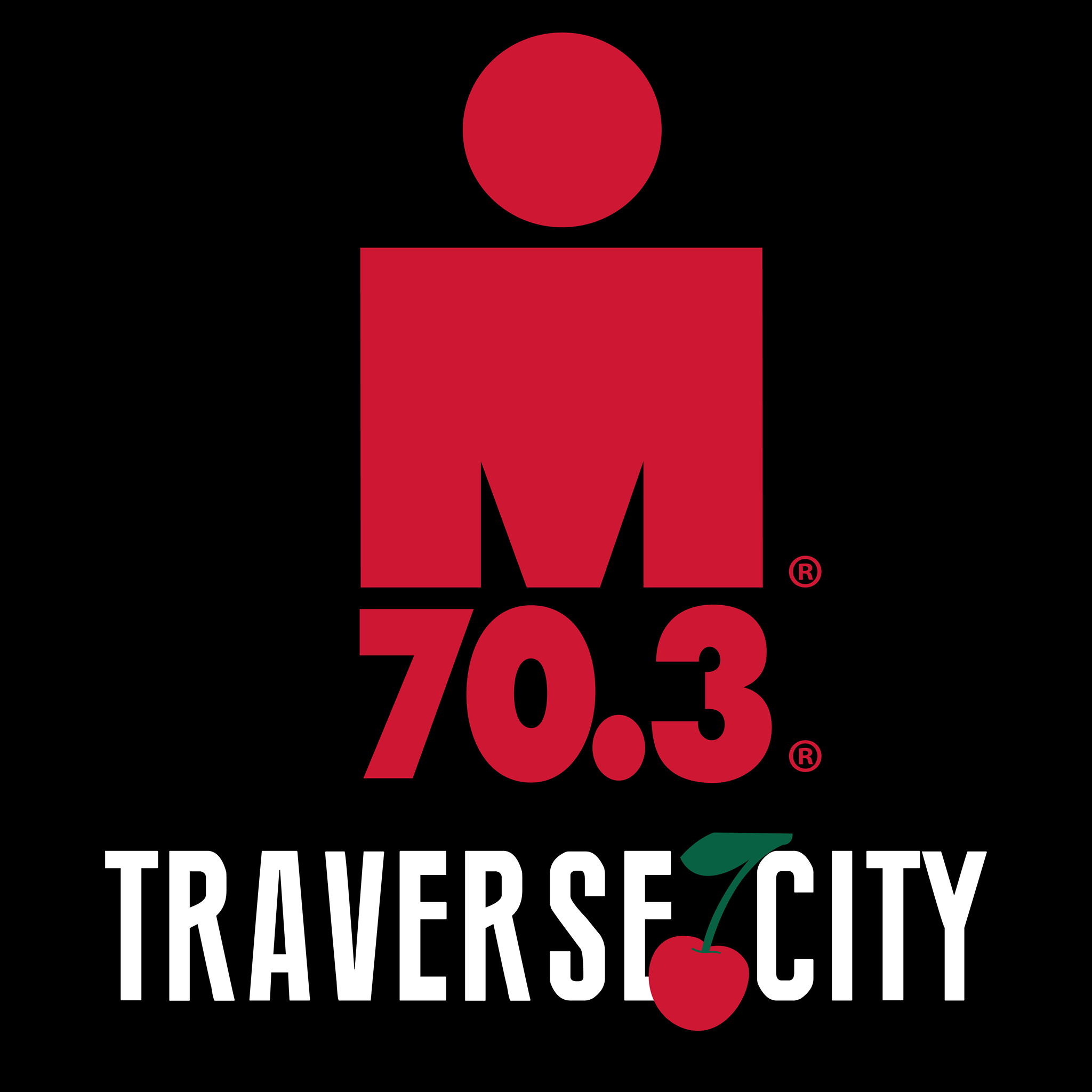 Run for the Love of It